R. B. Ramesh : Our team is a mixture of young players with a bit of experienced help

The press-conference with a captain of men’s team of India.

— Ramesh, please tell us a little about your team and its members.

— On the top board we have GM Vidit Gujarathi, he is quite young. Actually, most of our players are in their early 20-ies except for Sasikiran Krishnan who is in his mid 30-ies. So in general our team is very young. So this is a mixture of young players with a bit of experienced help.

– But still the players are very ambitions, aren’t they?

– Indeed, although they are young they are very ambitious. But even Sasikiran is ambitious too. Earlier his rating was around 2720 and then dropped to 2620 a couple of years back so some people talked that it would be difficult for him to come back to the top at this age but now he is again close to 2670. He recently won Capablanca Memorial in Cuba.

— What are the criteria for entering the national team of India?

— How does your team usually spend time in Khanty-Mansiysk? Yesterday was a free day so what did you do?

— We had a long journey coming from India, we spent almost 30 hours on travel, so on the first days almost all of us had a bit of a jetlag. It was very difficult so we just tried to have some sleep on the first day. But once the tournament began nothing much happens, we just go for a walk in evenings or mornings and apart from that we stay in the rooms and practice. Yesterday was the rest day, three of the players went on an excursion. But most of the players wanted to take some rest and to sleep more. But when we want to have some fun, we are playing blitz games.

— In social networks we saw that some players are also practicing yoga.

— Yes, many players of Indian team are doing meditation or practice yoga to keep their minds calm.

— What can you say about India vs Turkey match?

— It is a bit too early to talk about the prognosis on the match. At the moment we can say that in the games of Sasikiran and Adhiban the positions are more or less defined, so we can see some future development of the games, while in the games of Parimarjan и Vidit the situation is more or less equal. 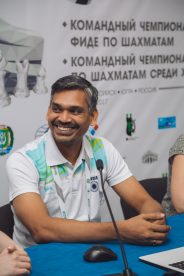 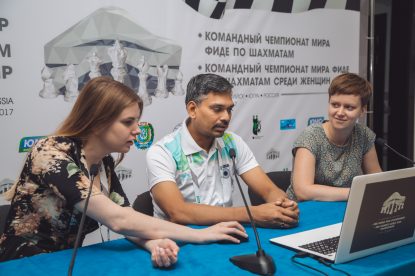 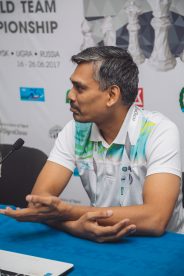 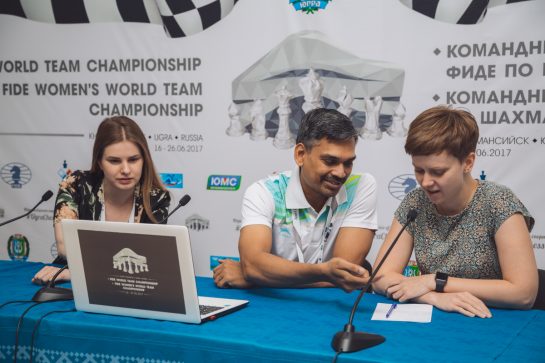 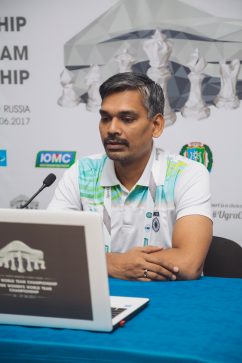 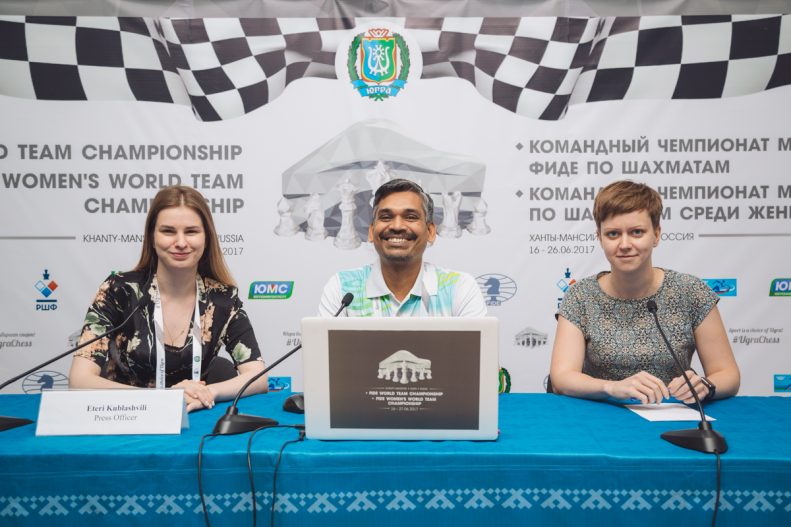