A Short Step to Gold

On the penultimate day all three leaders won their matches. In the final round first place holder China faces team Poland that trails them by two points. The opponents of the runner-up team Russia will be team USA. Turkey, which is now placed fourth, meets Belarus and, with greatest of luck, may lay claim to bronze medals.

Chinese team easily made mincemeat out of Norway, who were unable to stand the stress of the complicated struggle with queens on the boards. The only Norwegian to make a draw was Salomon who had traded strongest pieces on the move 16, though in the endgame Yu Yangyi also missed several chances to create difficult problems for the opponent. 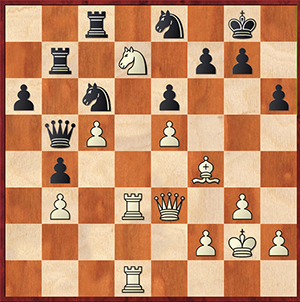 The final score of the match Belarus vs. Poland (1:3) also looks convincing, but in fact Poland’s victory was a hard-won one. Duda and Bartel had clearly worse positions against Kovalev and Stupak respectively but were fortunate enough to get away scot-free, while Wojtaszek and Gajewski in their respective games against Zhigalko and Fedorov happened to use their chances in full in positions where their advantage was less manifest.

But even this dramatic match pales in comparison with the clash between India and Russia, even though the game Nepomniachtchi – Adhiban turned out to be practically conflict-free, while Matlakov, after having ceded a pawn to Sasikiran, equalized easily enough due to his opponent’s subsequent inaccuracy.

Svidler had attempted to solve his positional problems with a pawn sacrifice counting on his activity in an endgame with queens and minor pieces on the board, but was not accurate enough and allowed Vidit to secure coordination between the latter’s queen and knight. Black’s position became first unpleasant, and after his error on the move 45 just plain lost. Fortunately for Russian players, Indian grandmaster failed to find a correct way to win while playing on additional seconds. 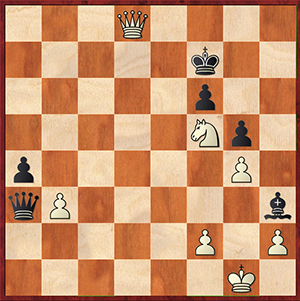 Vidit chose 51.Qd7+ Kf8 52.Qg7+ Ke8 53.Qh8+ Kd7 and suddenly realized that capture of the bishop leads either to endless checks or, after the attempt to interpose with his queen, to the black pawn’s breakthrough to the queening square. White continued giving checks hoping to strike the right moment for material gains, but black king managed to leave a dangerous zone. Objectively, the position was already drawn when Svidler, who had enough thinking time, noticed threefold repetition of position and asked arbiters to declare a draw.

The game on the last board was also the last one to end. Fedoseev, who had been insistently searching for ways to benefit from his pawn advantage on the Q-side, waited to see Negi’s mistakes, then gained an extra passed pawn on the opposite flank and queened, thus clinching an incredibly difficult victory for his team. 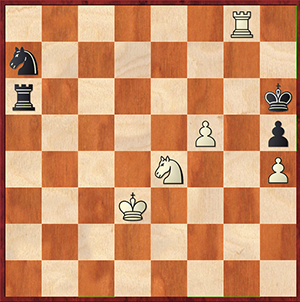 Yilmaz and Sanal in their respective games against Fawzy and Abdelnabbi captured pawns that had been left improperly defended by their opponents, thus securing Turkey’s superiority in their match against Egypt.

Ukraine overcame team USA by a close score. Americans had to engage in difficult defense on the even-numbered boards, but in the end both Onischuk and Robson managed to hold their own again Areshchenko and Kravtsiv respectively. The outcome of the game Akobian – Moiseenko was decided by White’s time forfeit in a pawn-down rook endgame that was most probably drawn.

In the women’s championship, team Russia practically clinched the first place. All they need to win gold is a single draw in their final match against Ukraine. As for their opponents, it is still desirable for them to win the match: in case of a tie, they are going to be caught up (and surpassed in terms of individual points scored) by China as the outcome of the latter team’s match against Egypt is beyond doubt. On the other hand, Ukraine’s defeat may leave them without medals altogether, so Ukrainian coaches will have to think out their match strategy thoroughly.

On the penultimate day Russians blew out Egypt (the only one to draw was Elansary against Goryachkina).

The struggle in the match Ukraine – Georgia had been level, but around the time control Osmak, sacrificed a pawn to Batsiashvili, made several imprecise moves, failing to gain compensation, and then, after time-trouble had been over, transposed into a lost bishop endgame.

In the match Poland vs. China, Socko and Zawadzka were able to neutralize Ju and Tan, but events on the lower boards proceeded at the Olympic Champions’ bidding.

India bested Vietnam 2.5 to 1.5 thanks to Karavade’s confident win over Vo; at the same time, Harika in her game against Pham had overplayed her hand in search of a non-existent win in the endgame and escaped by a sheer miracle only, while Tanya managed to create problems for herself in the overwhelming position with an extra piece and had to fight for a draw in the end as well.

After Foisor had strategically outplayed Mammadyarova, the Americans went ahead in their match against Azerbaijan, but in the longest game of the round Gorti, while defending a theoretically drawn endgame, made an error by withdrawing her bishop from a “correct” diagonal and exceeded the time limit in an already lost ending.