Change of Leaders and Status Quo

In the pivotal match of the men’s championship China defeated Russia by a close score and grabbed the lead before the last two rounds.

The outcome was decided on the last board, as on the first three ones the struggle was equal and in the end neither party was able to gain any more or less real advantage.

In the Berlin Defense Fedoseev against Li Chao agreed to a suspicious-looking position with tripled pawns and quickly lost one of them. 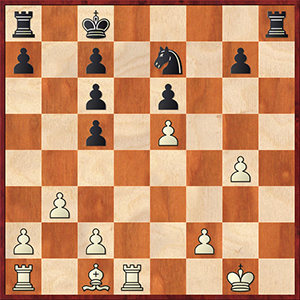 After that he managed to dig in for a time, but black rook’s pseudo-activity around move 40 allowed it white counterparts to invade the opponent’s camp and create decisive threats. 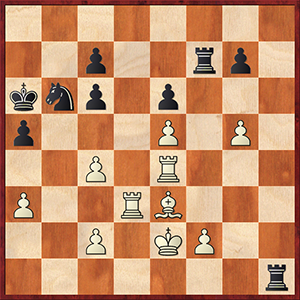 Team Poland is currently placed third after having vanquished Norway.

Duda chose an opening variation with a pawn sacrifice and then carried out a plan connected with building up pressure on the K-side. Urkedal’s long and cumbersome maneuvers on the opponent flank did not contribute much in building up his defense, so the Norwegian’s position was already difficult when he had allowed the opponent to invade the last rank, after which the game was immediately over. Bartel’s clash against Hauge had been level for a long time, but then Black missed the moment when the pin along the long diagonal had become dangerous and lost material. Salomon brought down the score. In the time-trouble frenzy he had thrown away his advantage almost completely, but on the move 39 Piorun overlooked a rook’s retreat that allowed Black to keep both his bishops on the board, so, after passing the time control, White was an exchange and a pawn up and had a winning position.

Adhiban beat Korobov who had traded on e4 and thus allowed creation of a weak pawn in a many-piece endgame. Indian grandmaster believes that Black should have exchanged a light-squared bishop for a knight on the move 20 and then withdrawn to с5 with his own knight. Subsequently, Black failed to create counterplay on the Q-side and found himself in a totally unpromising position.

Moiseenko had a chance to improve the situation in the match, but on the move 37 had chosen a wrong square for his queen (check should have been given on е2, and not on с2) and Negi happily gave up his extra knight for the opponent’s dangerous passed pawn.

Team Turkey suffered their first defeat on this championship in their match against the Americans.

Yilmaz in his game against Onischuk lost the thread of play in the time trouble and gave up two pawns. After the first loss, Black still had a good compensation, but after the second one his position became hopeless.

Can underestimated gravity of Robson’s threats on the K-side and came under a crushing attack, though, according to computer, Black could have played stronger and in a more elegant fashion. 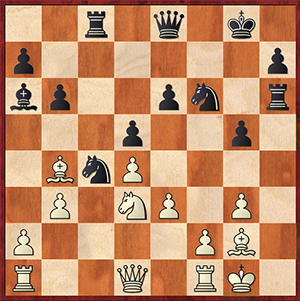 Belarus gave up only half a point to Egypt.

Fedorov gained a spatial advantage against Abdelnabbi in the Italian Opening, then undermined black center and launched a spectacular attack, sacrificing two rooks for two knights. 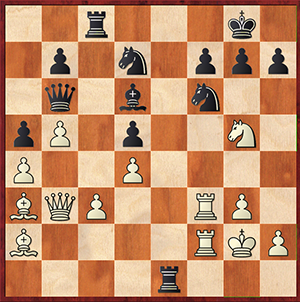 In the sharpest branch of the Saemisch System, Hesham and Kovalev continued discussion that had been started in the 2013 Candidates’ Tournament game between Svidler and Grischuk. Black’s play was more precise: after his opponent’s error on the move 37, he had captured enemy Q-side pawns, and his queen turned out to be stronger than white rook with two minor pieces. Ameir has miscalculated and suddenly presented a piece to Stupak. As on the previous day, Aleksandrov drew his game. He had ceded his pawn on the enchanted d4-square once again and had to defend a difficult ending after that.

In the women’s tournament the status quo is still preserved.

Having carried out ideas typical for the Rossolimo-Chebanenko Variation, Gunina got to Kulon’s king. Polish player was too conventional in her handling of the resultant position: instead of seemingly attractive but pointless knight thrust on d4, she should have aimed at the exchange of queens with Qg5. 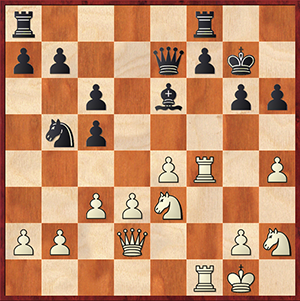 Majdan turned out to be unprepared for the variation of the French Defense employed by Goryachkina and stood worse as early as on the move 15. Due to chronic weakness of her king, White eventually had to agree to a transposition from major-piece ending to a lost rook one.

Despite her certain oversights, Kosteniuk had enduring initiative in her game against Socko and converted it into a win in a protracted minor-piece endgame. Analogies with the former Champion of the World’s win against Ni Shiqun during latest World Championship in Tehran are inevitable.

As a result of her omission in the middle of the game against Zawadska, Lagno found herself down a pawn but drew the game after having demonstrated enviable defensive tenacity.

Ukrainian debutants outplayed their Egyptian opponents confidently, which allowed their team not to worry about the outcome of the match in spite of the sensation created by their opponents on the top two boards: game Mona vs. Ushenina was level and ended in a draw, while Wafa felt at home in complex strategic play, locking up Zhukova’s fianchettoed light-squared bishop and obtaining an overwhelming advantage in the endgame. Then there were grand adventures but, after having  wiggled out by a miracle, White, instead of  playing “zone defense”, darted forward with her king, which resulted in transposition to the pawn endgame that was won for Black.

In the match China vs. India both teams exchanged blows on the last two boards. Karavade’s passive play allowed Lei Tingjie to develop her initiative on the Q-side and the latter obtained a won pawn-up endgame eventually. After passing the time control, Guo Qi’s play against Padmini became unconfident and she overlooked simple tactics that resulted in a knight ending with an extra pawn to White.

Same results were registered on the same boards in the match Vietnam – USA, but here events developed in a much more dramatic fashion. On the top board, Pham agreed to a draw against Zatonskih in a promising position, and on the third one Vo lost to Yu while being a piece up. Vietnam was saved by Nguen, who managed to outplay Gorti in the even endgame.

Georgia overcame Azerbaijan, and not without luck at that. Dzagnidze could have paid dearly for her neglect of the opening development, but Mammadyarova, who had excellent offensive prospects, overlooked the exchange of her formidable dark-squared bishop and then treated her pawns wastefully in time-trouble, losing two of them.

In the opposite castled position, Fataliyeva had been ahead of Melia in the development at first, but then missed an exchange combination that handed over the advantage to White. In the rook endgame, Georgian player accurately converted her edge into a win.

In the 8th round spectators’ attention in the men’s tournament is going to be grabbed by matches China – Norway and India – Russia. Main encounters of the women’s championship are Ukraine – Georgia and Egypt – Russia.