On June 24, the games of the 7th Round of the World Chess Team Championships were played in Khanty-Mansiysk.

In the pivotal match of the round Russia vs. China the guest team won 2.5 to 1.5. The scorer was Li Chao who outplayed Vladimir Fedoseev on the 4th board.

Ukraine lost to India with a close score. Man of the day was Baskaran Adhiban who defeated Anton Korobov.

Team USA outplayed Turkey with the score 3 to 1. Winning points were supplied by Alexander Onischuk and Ray Robson.

After round 7 China grabbed the lead with 12 match points. Russia trails by a step and Poland has 10 points. 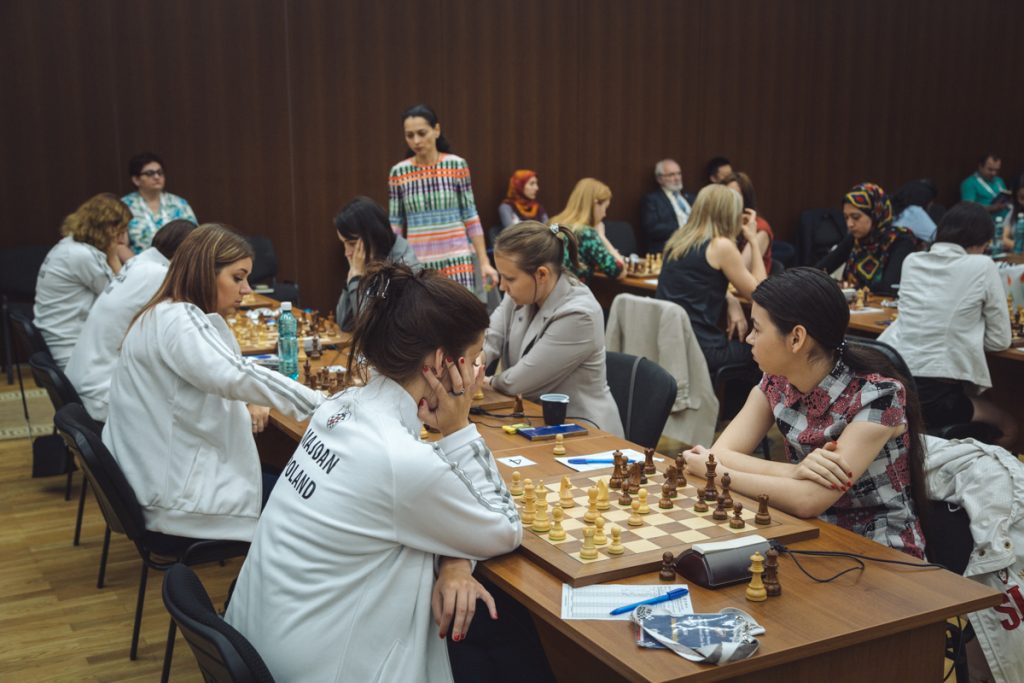 Georgia defeated Azerbaijan 3 to 1. The scorers were Nana Dzagnidze and Salome Melia.

Matches China – India and Vietnam – USA were both tied.

The leaders of the women’s tournament are the same: Russia and Ukraine have 12 match points each, but Russians are two individual points up.

Round 8th pairings are: