Team Turkey keeps on causing a stir. Its players had not lost a single game yet, while two individual wins granted them four match points. In the fourth round Turkey have vanquished the then leader Poland and now share the third place with them.

On the even-numbered boards, Polish players had no problems equalizing with Black but never pretended on any advantage at all. In the clash of top players, Wojtaszek failed to find a successful refutation of Solak’s fresh opening idea and got off lightly, drawing the game in a pawn-down endgame. Bartel was not so lucky: in a complex Sicilian endgame his knights turned out to be much weaker than Can’s bishops. Exchange of minor pieces offered White a chance for an escape, but several inaccuracies in the rook ending resulted in the decisive activation of black pieces. 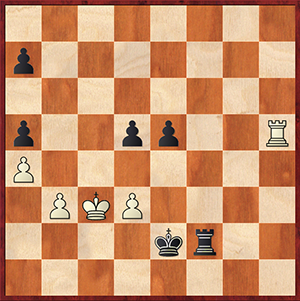 After that the lead was taken by teams Russia and China.

Russians beat Belarus 3:1 thanks to successful play with White.

Nepomniachtchti improved his three-years-old game against So by sacrificing a pawn. Having obtained adequate compensation, White kept building up his pressure and after about 15 moves managed to restore material equality. Aleksandrov failed to find a correct way to launch a counterattack, ran into pins and had to admit defeat.

In the thrilling contest Matlakov got the better of Fedorov. Black was ingenious in his struggle for the initiative, but the European Champion’s approach turned out to be more balanced. His pieces cooperated more harmoniously, and so complications resulted in an ending that was won for White.

China smashed Egyptians: the only game in which the outsiders managed to hold their own was the last board one between Farahat and Wen Yang. Yu Yangyi’s pieces easily found breaches in the Hesham’s Berlin wall. Li Chao was ahead of Abdelnabbi in mobilization of forces and gained a decisive material advantage by means of a combination.

Ameir attempted to drive off Wei Yi’s knight from its active position, but was met with a powerful blow that resulted in opening of a file opposite white king. 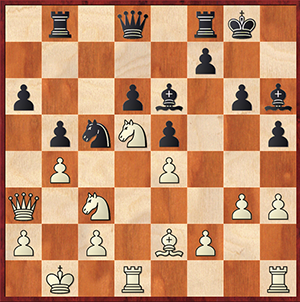 18…а5! Black obtained both positional and psychological superiority and converted it into a win.

India beat Americans with the same score 3.5 to 0.5. On the first board Onishuk managed to defend a pawn-down endgame against Vidit. Immediately after the opening, Sasikiran and Robson became engaged in a double-edged battle, and after Black’s error on the move 20 the Indian’s threats turned out to be stronger. Xiong had given up a pawn without due cause, and Negi converted his better ending into a win. 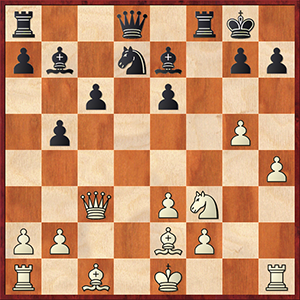 Team Ukraine won its first match, having outplayed Norway on the last two boards. Salomon’s excessive activity in his game against Moiseenko led him to a total positional collapse and great material losses. Kravtsiv outplayed Hauge in a complex Ruy Lopez battle on both flanks.

In the women’s championship Russia won the key match of the round against Georgia by a score 2.5 to 1.5. Dzagnidze’s handling the opening against Kosteniuk was a total non-starter: she had lost a pawn as early as on the move 8. In the following struggle the European Champion was granted an unexpected opportunity for an escape but on the move 45 destroyed the fortress in the knight endgame with her own hands. In the even position Javakhishvili opted for tactical complications and blundered, allowing Lagno to develop a lightning attack against the king. 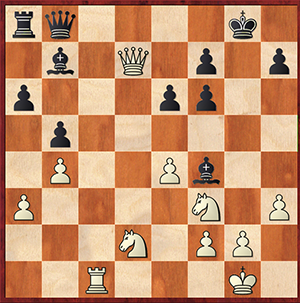 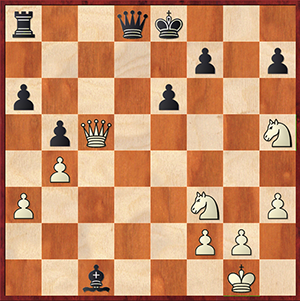 In the opening of her duel with Gunina, Khotenashvili had a tangible advantage; then she offered her opponent a chance to improve the situation and, after the latter had missed it, dealt a decisive combinational blow.

Ukrainian team has also won and keeps on leading together with Russia. In their match against Vietnam decisive games happened on boards 1 and 4. Ushenina outplayed Pham in a methodical fashion while Buksa, after having overlooked a loss of a pawn on the move 14, kept on patiently defending her position in the endgame until Luong found the way to walk into a mating net. To save her king, Vietnamese player had to give up several pawns, and after a few moves White capitulated.

Chances seem to be very much against team China in this tournament; as for Azerbaijan, their team is clearly on the rise and has refused to yield to favorites in a second match in a row. Both Mammadyarova and Mammadzada fought against Ju Wanjun and Tan Zhongyi respectively on equal terms and drew their games. In the tense middlegame Mammadova made use of Zhao Xue’s error and, after having caught her opponent on knight forks, gained a solid material advantage. In fact, the Olympic Champions could have come to a sorry end as on the last board Lei Tingje in an absolutely won rook ending managed to play her way into a draw somehow. Still, Balajayeva turned out to be the last one to make a mistake, and so the match was tied – 2:2.

Padmini supplies a winning point to India in their match against Poland. In a protracted endgame she had eliminated Szczepkowska’s far advanced Q-side pawn, while her own passed one got to the promotion square eventually.

Having lost their match against USA by the score 0.5 to 3.5, Egypt registered their first individual half-point at last. Moaataz drew against Nemcova on the second board, and it was the American player who had to fight for the peaceful outcome.

In the round 5, main encounters in the men’s championship are Turkey vs. China and Russia vs. Norway. Key matches in the women’s tournament are Poland vs. Ukraine and Russia vs. USA.