Zeinab Mammadyarova: I wish my youngest daughter to be a good chess player

An interview with the leader of the women’s national team of Azerbajan.

– Zeinab, I congratulate you with victory. Please, tell us, what happened in the match.

– Today’s match was good, besides we won it 4:0. The Egyptian team is a beginner in a chess world, so to speak, that’s why the match was not so serious, as with the favorites.

– How’s the game going in Khanty-Mansiysk?

– We played a lot of times in Khanty-Mansiysk, at the Olympiad 2010 as well. My teammates played at the Women’s World Championship, and it was successful. The weather is perfect, everyting is well. To play chess in Khanty-Mansiysk is very comfortable.

– Azerbaijan can be called one of the centers of chess. How does our sport develop now in your country?

– The President of our country Ilham Aliev is very interested in chess, for this reason, the chess develops. For sure, you know my brother Shakhriyar Mammadyarov and my sister Turkan who are also the members of the national teams. We have such strong players like Teimur Radjabov, Rauf Mammedov, there are other strong grandmasters. For the present, the men’s team is stronger than women’s, but I think we will improve our results too.

– You have three children. Do they play chess?

– My eldest son is 11 years old, and, of course, he plays. The youngest are 3 and 5 years old, they don’t play chess yet. But I think that my three-year-old daughter can become a very good chess player. It is my dream, and I think it’ll come true. 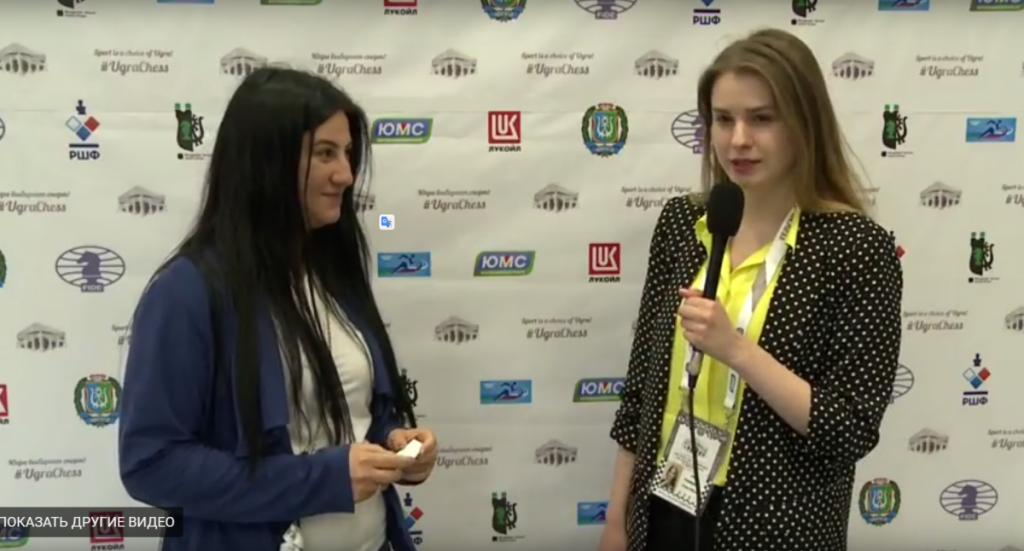