Vahap Sanal: This tournament is a new experience for me

An interview with Vahap Sanal of Turkey who managed to defeat Frode Elsness of Norway in Round 3 of the World Team Championship. 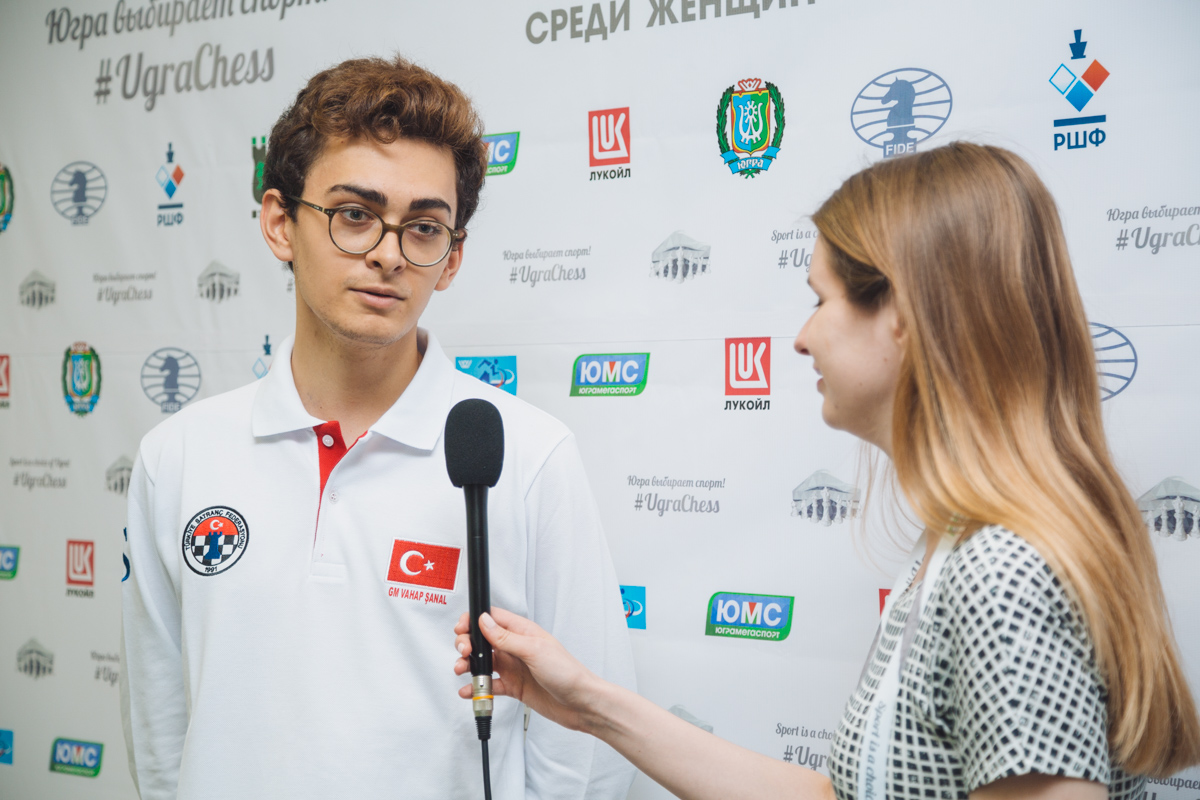 – Vahap, you won your game and that made your team also win the match against Norway. Please tell us about your playing.

– Well, I was the only one who was in danger in our match all the time. Suddenly Dragan and Emre, our first and third boards, made draws, at that moment I was still in danger so I was hoping that the second board would win. I was fighting for a draw. And suddenly my opponent gave me some chances to win. After that I think I used that chance very well because he was in a time trouble. I sacrificed a piece, but all his pieces were under threats and it was not easy for him to play. So eventually I won the game.

– Actually, Turkey made sort of a sensation at this Championship up to this moment. You made two draws against Ukraine and Russia and today you have a victory over Norway. What is the secret of such a good performance?

– I was not involved in the first round but I was supporting my teammates, and yesterday it was just four draws. It was not easy but we managed to make it anyway. As for our team, we love each other and we’ve known each other for a long time, this helps a lot.

– In how many team events have you participated in your career?

– Talking about the national team, it is the first one. But I was playing at U16 Olympiads and other events before. Maybe 5 or 6 times.

– Well, this is totally different from U16 tournaments because our opponents in the previous rounds were higher-rated than us. I wish I will play more tournaments like this. I mean I am just trying to use this chance. This tournament is a new experience for me.

– Your team coach is Michal Krasenkow. Have you got an individual coach as well?

– I used to work with Gurevich and after him I just worked with national team’s coaches. I don’t have any personal coach.

– How many training camps have you got this year?

– What’s your ambition in this event?

– I just want to support my team, it doesn’t matter on the board or off the board. I just want my team to win a medal.

– And how do you feel here in Khanty-Mansiysk?

– It is my third time here, and I like this place. It is not big and not many people live here so we can easily focus only on chess.

– Thank you very much and good luck! 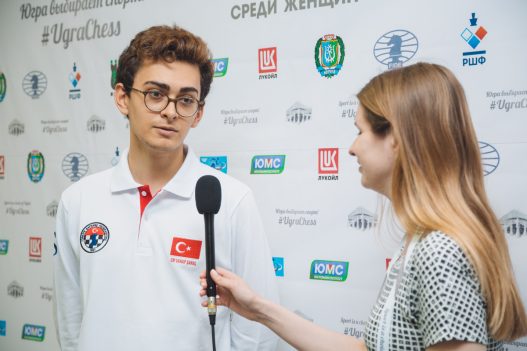 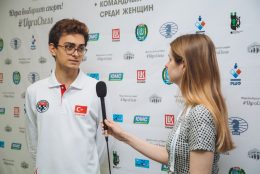 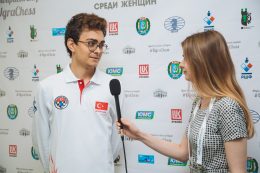 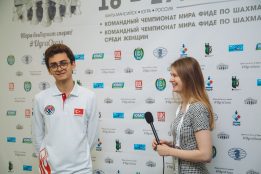 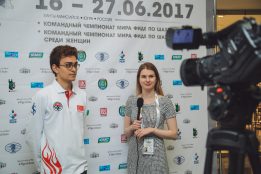 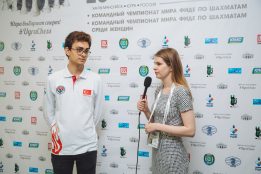