Aleksandra Goryachkina: The European Individual Championship is a good preparation

A member of the Russian women’s team gave an interview to the official press-office of the tournaments.

– Aleksandra, please, tell us what happened in your game?

– Not to say that the match was intense, though I’m not sure that it was good. Just at some moment the class affected, I attacked a couple of times and the opponent “crumbled”.

– Was it your first game with her?

– You didn’t play in the first round. If not a secret, what does a player do during the rest?

– A player prepares for the next match.

– What can you say about the organization?

– I go to Khanty-Mansiysk every year, I like everything. I know everything here and I never get lost.

– Before the tournament, you successfully participated in the European Individual Championship. Do you think it was a good preparation for such an important event like this one?

– I wouldn’t say that I played well: I played to my strengths. But any way it’s a good preparation, because after playing against men it is easier to struggle with women.

– Do you plan to gradually start playing with men, like Yudit Polgar or Hou Yifan?

– No, I don’t plan it. I want to win in Women’s Championships. For me it’s preferable to become a champion than not to be a champion playing with men. 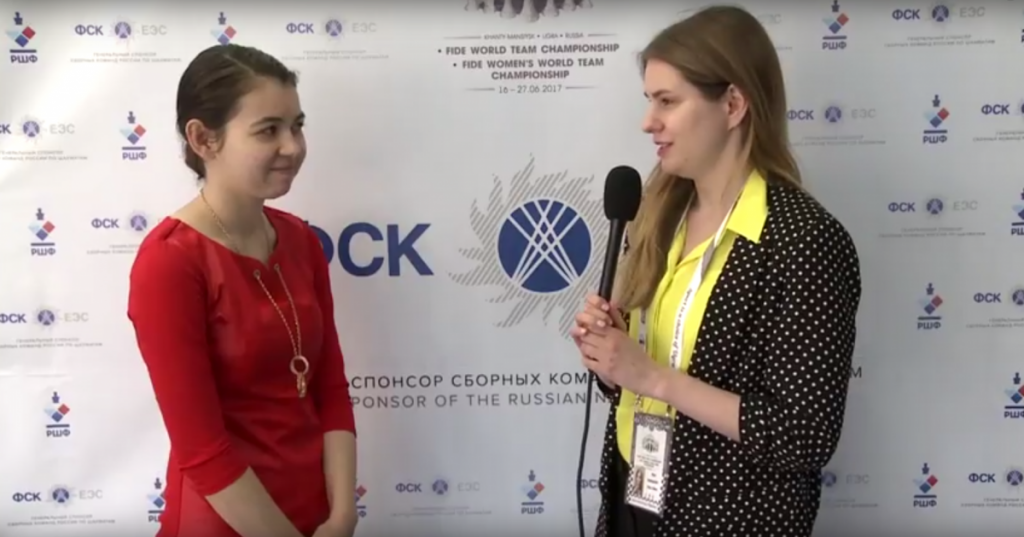