There were no great surprises on the start of the men’s tournament. Main favorites, teams Russia and China, won their matches confidently with the same score of 3.5 to 0.5.

In the match Russia vs. Egypt, Nepomniachtchi, in spite of the sharply handled opening, failed to loosen up Hesham’s position. Subsequently, the leader of the Russian team had to a transpose into a drawn pawn-down ending with a number of precise moves.  In other games Egyptian players, whose playing level was lower, would break under the tension and make mistakes, which led to decisive advantages of their Russian opponents.

Similarly, Chinese players made good use of positional and tactical slipups of their competitors; only Zhigalko managed to hold his own against Ding Liren in an endgame pattern with a single open line.

Team USA’s minimal advantage in their match against Norway was due to Akobian’s persistence: it took him a long time to find a key fit to Elsness’s Carlsbad fortifications, but eventually he managed to break through along the outside file.

Indians were first to score in their match against Poland: Vidit managed to surprise the expert theoretician Wojtaszek in the opening. Having found himself in a passive position, Black missed an opportunity to alleviate the situation by exchanging his dark-squared bishop for a knight. After that White’s pressure had become unbearable and the game ended quickly.  Balance was restored by Piorun, who had developed a powerful assault on the K-side after Karthikeyan’s indiscreet move 30. 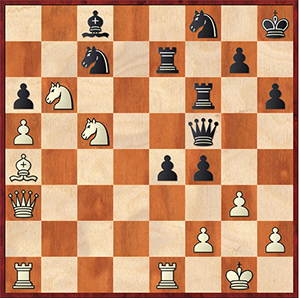 Duda turned out to be more patient than Adhiban in their long war of movement. Every time the Indian player would open a file on the K-side, it was his opponent who benefited from that. Bartel in his duel against Negi managed to transform a difficult rook-and-knight-versus-queen endgame into a drawn rook one with a combinational gimmick, and so Poland won 2.5 to 1.5.

A drawn outcome of the match Turkey vs. Ukraine can be regarded as a small sensation. On three boards the Ukrainian rating favorites were unable to impose full-blooded struggle on their opponents, and Ponomariov, who had real chances for a win against Solak, failed to cash in on his extra pawn in the rook endgame.

The first game to end in the women’s tournament was between Gunina and Zhao Xue. Chinese player blundered on the move 14: planning a tactical operation, she had missed an elementary refutation and found herself in a piece-down ending without a slightest hope for an escape. 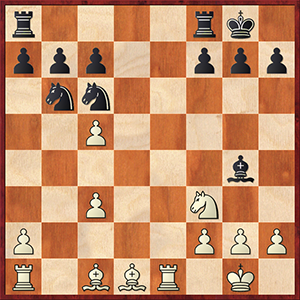 The second Russian victory in the pivotal match against China was earned by Lagno, whose opponent was the World Champion Tan Zhongyi. In the sharp struggle Ekaterina had sacrificed two exchanges and gained active minor pieces and a dangerous passed pawn as a compensation. Taking into account the score of the match, Tan had declined to draw by perpetual check but failed to keep the situation under her control.  When time trouble was over, it was already Black who possessed great material advantage, and desperate dash of the white passed pawn was unsuccessful. 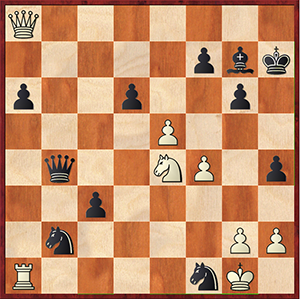 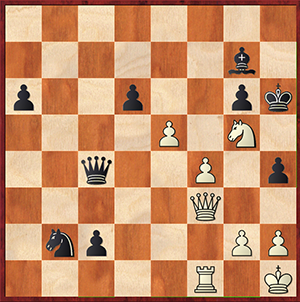 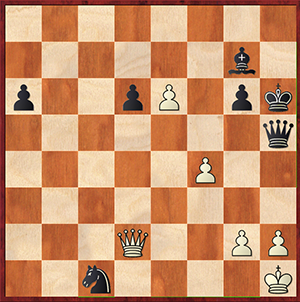 With her embarrassing inaccuracy Girya ruined the game against Lei Tingjie in which her position had been quite good before that. The gap narrowed, but by that time it became perfectly clear that Ju Wenjun had no prospects to win against Kosteniuk. On the move 104 the former World Champion had converted her material advantage in the rook endgame with bishops of opposite colors into a win, and so the final score was 3:1 to Russia.

Vietnamese team swept their Egyptian opponents, and Poland gave away only half a point to Azerbaijan though, in all fairness, the outcome in the first board duel Socko – Mammadyarova could well be just the opposite. 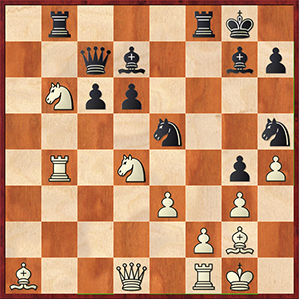 Ukrainian ladies were not quite confident in realization of their “scoring chances” but managed to beat team USA in the end thanks to the K-side attack perfectly executed by the team first-timer Iuliya Osmak.

Georgia managed to escape a defeat in their match against India by a sheer miracle only. Certainly, Dzagnidze did not have to lose to Harika in a better position, but it was on the fourth board in the game Batsiashvili – Vijayalakshmi that a real tragicomedy had come to pass: Indian player, who had a knight for a pawn in the endgame, managed to play her way into a lost pawn ending somehow. The result of the match is 2:2.