China and Poland Lead in the World Championship Race

The second round of the Team World Championships took place in Khanty-Mansiysk on June 18.

The guest of honor of this round was the Governor of the Khanty-Mansiysk Autonomous Okrug – Ugra Natalya Komarova who, together with FIDE Vice-President Javier Ochoa, gave a start to the women’s match between Russia and Vietnam. After that the head of the Okrug made the first symbolic move in the game Svidler – Solak (Russia vs. Turkey match). 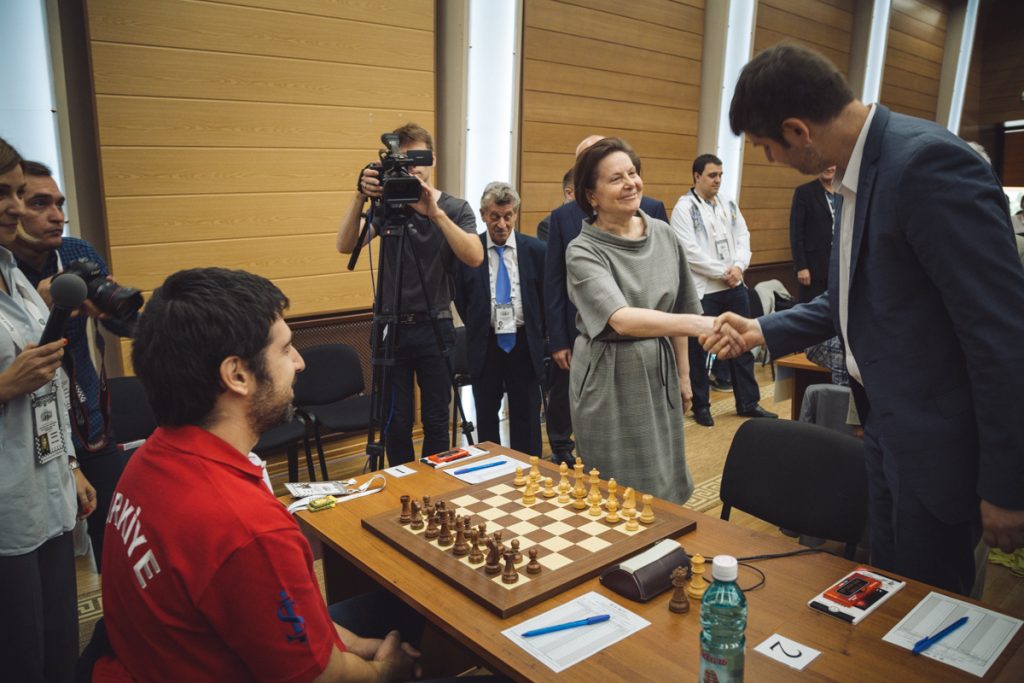 In the men’s event team China defeated India 2.5 to 1.5. The scorer for the winners was Yu Yangyi.

The USA lost to Poland by a hair. The winning point was supplied by Radoslaw Wojtaszek who beat Samuel Shankland on the first board.

Matches Russia vs. Turkey and Belarus vs. Ukraine were both tied.

After two rounds the leaders are China and Poland. Both teams have 4 match points with Russia trailing by a point.

In the women’s tournament Russian team beat Vietnam 3:1. The winners were Valentina Gunina and Aleksandra Goryachkina.

Match Ukraine vs. China was tied: Natalia Zhukova’s loss to the World Champion Tan Zhongyi on the second board was balanced out by Inna Gaponenko’s win against Lei Tingjie on the third.

Georgia and Poland were also tied; all the games were scored.

Team India defeated the USA 2.5 to 1.5; the scorer was Tania Sachdev who beat Sabina-Francesca Foisor.

After two rounds the Russian team scored maximum number of points with Poland, India and Ukraine trailing by a match point. 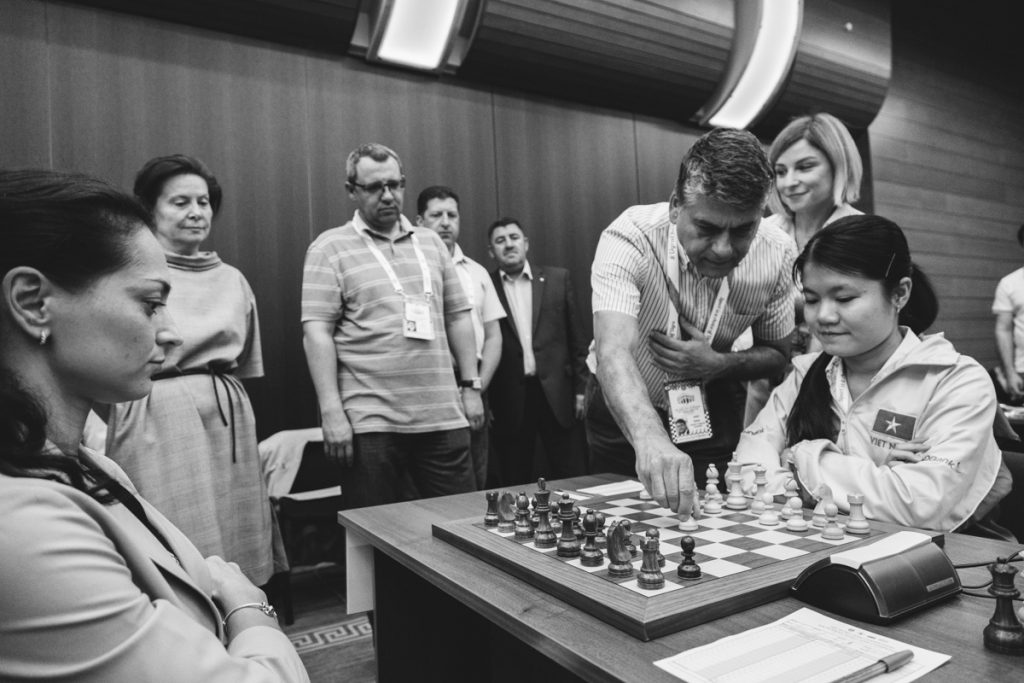 Third round pairings are: