Vidit Santosh: It is very nice to play against world’s best players

An interview with Board 1 of team India GM Vidit Santosh. 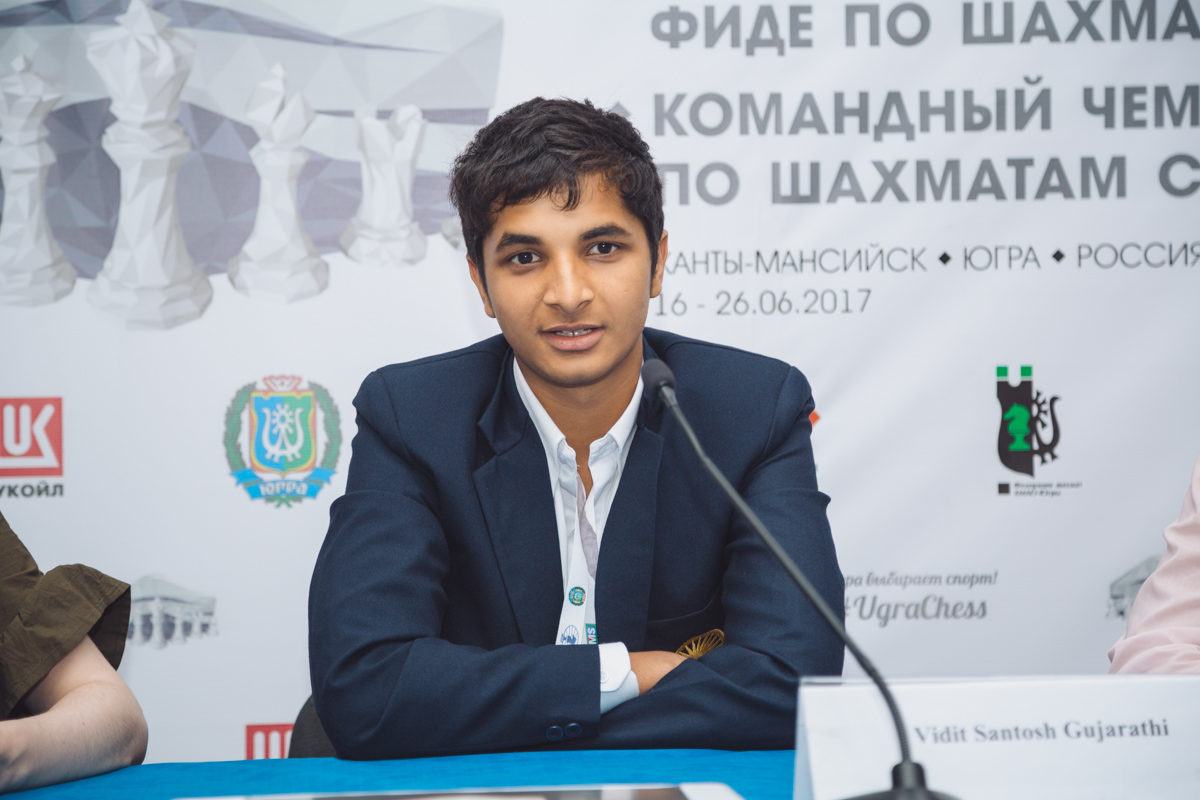 – Vidit, you have just won a game against Radosław Wojtaszek of Poland. Please tell us about it.

– In the opening I played a new idea, which Radosław didn’t seem to know. And after that I had a nice comfortable advantage, at some point he had to exchange his bishop for my knight allowing me to get two bishops’ advantage but still he could hold the position. But he played a bit passively so after some point I had a clearly winning position.

– What is happening on the other boards of your team?

– On the second board Adhiban vs Duda I think it is roughly equal. On the third board it looks rather complicated and on the fourth board I think Parimarjan, who is playing after two years break, is slightly worse. But I think on boards 2 and 3 we have rather good chances.

– How many team events have you played in your career?

– You are playing on the first board for the first time?

– Yes, this is my first time on the first board. In general it is very nice to play against world’s best players so I am really looking forward to other games as well. 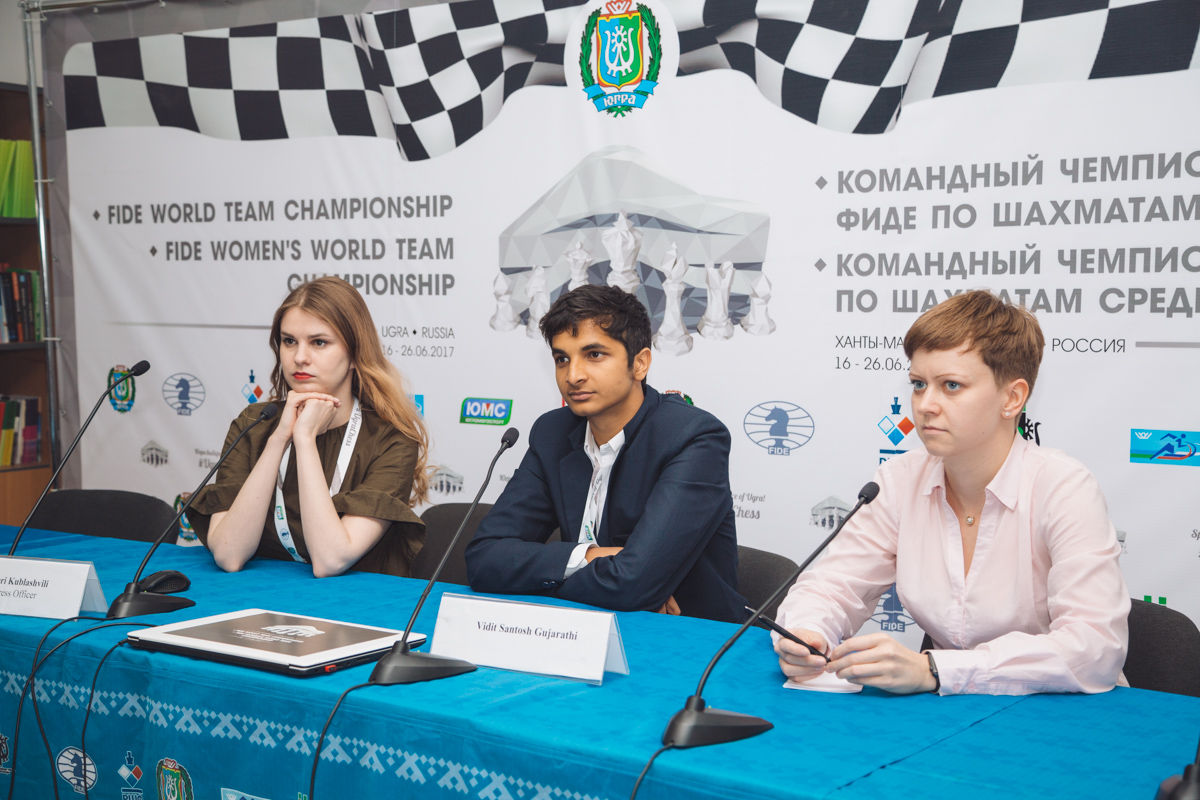 – What is your team’s objective for this event?

– Like for any other team it is to win medals and preferably gold.

– Tell us a couple of words about your team members and coaches.

– Usually we have more or less the same team for the last two years. Our coach is Mr. Ramesh, he usually helps us a lot during preparation. He is a very nice guy and he usually helps us a lot during preparation. As for the other teammates, for example, Adhiban is my good friend. Karthikeyan, who is playing at WTCCs for the first time, is a young player and he is a national champion. I think everybody knows Parimarjan Negi from his books. We are a very balanced team. Of course, we don’t have Harikrishna but still I think we have quite a strong team.

– What about chess life in India? Is it still as popular as before?

– Thanks to Anand it was quite popular in the 90s and early 2000s. In India the most popular sport is still cricket and other sports like badminton. But in recent times, the interest in chess is growing. But not as fast as other sports. 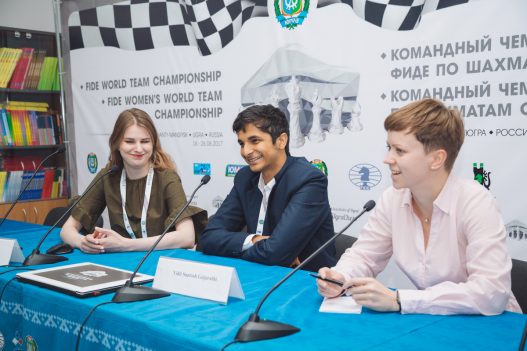 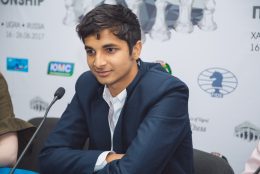 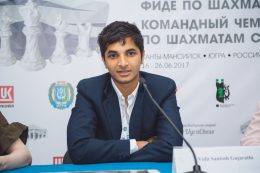 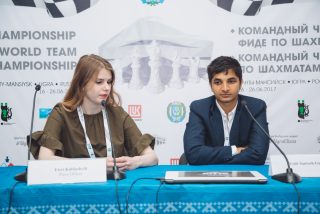 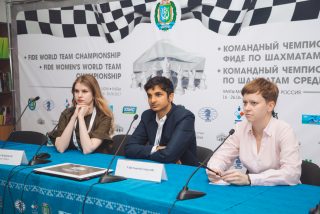 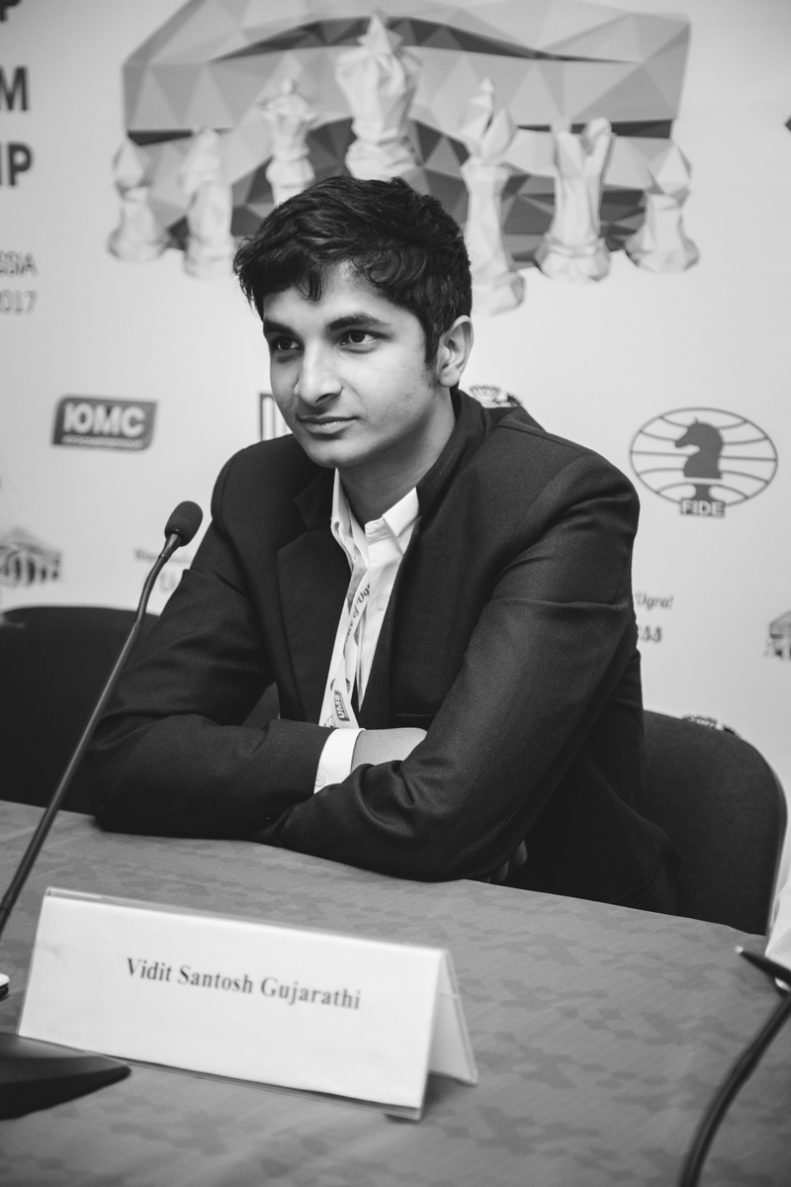